What Is the Internet of Things (IoT)?

The modern world doesn't like sitting still. Take the internet as an example. Not that long ago, it was used exclusively for serious things like exchanging important emails and academic research. Right now, it's an inexhaustible source of, among other things, cat videos. It's not just the content that has changed. The hardware we use to connect to the world wide web is also different.

Remember when something as simple as checking your email required going home, telling everyone else that they won't be able to use the phone for a while, and then spending a considerable amount of time waiting while your PC used all of its 128MB of RAM to open a browser window? Now, you just take your smartphone out of your pocket and tap the screen several times. The same smartphone, it could be argued, gave birth to what we now know as the Internet of Things (IoT).

IoT is a rather trendy concept, and quite a few people seem to use the phrase without having a full understanding of what it actually means. Try to look it up in a dictionary, and you'll read that IoT is a network of devices that communicate with each other and exchange data. We, for one, reckon that this definition is rather vague. According to it, the telegraph transmitter can also be considered a part of IoT, when it clearly isn't.

IoT can be better described as the collection of devices that don't need the internet to perform their primary function, yet come with online connectivity. More or less all gadgets that have received the tag "smart" in front of their names over the last few years can be considered "things".

How has IoT affected our everyday lives?

As we established already, the smartphone has transformed the way we interact with the world wide web, and its ubiquity has practically enabled the existence of the thousands of other smart gadgets that form the IoT ecosystem.

Provided you have enough money, you can equip your house with smart light bulbs, a smart thermostat, a smart fridge, a smart doorbell, a smart lock, and a number of other smart things which you control with the help of your phone. Step outside your house, and you'll see that IoT isn't just a home automation thing. Look at some of the innovations in the healthcare sector, for example, and you'll see that many of them rely on an online connection.

It's all very smart… until it gets silly

Many homes have a smart speaker that, among other things, acts as a virtual butler of sorts. In addition to being able to control the rest of the IoT gadgetry in your home, smart speakers like Amazon's Echo can also help you find information on the internet and complete online purchases. It can do that even if you don't want it to.

In 2017, a six-year-old girl told Amazon's virtual assistant to order a dollhouse and four pounds of cookies, and Alexa readily complied. Later, when covering the story, a morning show host at a local San Diego TV station uttered the words "Alexa, order me a dollhouse" and accidentally triggered viewers' Amazon Echo devices. Last year, people were also complaining about Alexa's eerie laughter which was being triggered by nothing.

In fairness, problems like these can often be fixed with a simple tweak of the device's settings, but their mere existence shows that the way some IoT gadgets work is less than perfect. This, unfortunately, is not the only issue.

They were so preoccupied with whether or not they could...

There is a legitimate use for many IoT gadgets. Having a smart fridge that "knows" what's in it, for example, can help a lot of people, although it would be even better if it doesn't render adult websites on its display. And although some people think it's rather creepy, controlling the house's temperature and lighting and ordering household items with voice commands is the stuff of 1950's futurologists' dreams. Sometimes, however, you read news stories about the newest IoT devices, and you can't help but think that we are being presented with a solution for a problem that doesn't exist.

In January, for example, Nike introduced the second generation of the Adapt BB smart sneakers. They cost an eye-watering $350, and for that, you get a pair of self-lacing shoes that have a rechargeable battery and some LEDs in the sole. You can change the color of the light emitted by the diodes, provided the mobile app works well, which it doesn't always do.

If you get a bit carried away with the IoT craze, you'll have a smart coffee maker, a smart water bottle, smart flip-flops (don't ask), and a smart car which will spend the next 50 minutes updating its firmware. Apparently, quite a few people can see the convenience benefits and are prepared to get the newfangled tech. The demand is high which means that marketing people the world over are trying to give birth to the next big IoT thing while the accountants are figuring out how much they can charge for it. Meanwhile, the security specialists don't have a say in any of this.

IoT and security – a match made in hell

The mere fact that all these IoT gadgets are connected to the internet means that sooner or later, someone will try to hack them, and unfortunately, hacking IoT devices is often easier than it should be.

The network configuration of many of the IoT devices is often woefully insecure from the very start. Ports are left open for no good reason, and the default login credentials that manufacturers set up are ridiculously easy to guess. Changing the username and password is often hard or plain impossible, and the operating systems these contraptions use frequently present some security risks of their own. For hackers, breaking into many IoT devices is child's play, and the really big problem is that once inside, wreaking havoc is not exactly difficult, either. Unfortunately, we know all this from experience.

In 2016, hackers armed themselves with a list of default credentials for a variety of IoT devices. Then, they scanned the web for endpoints that had their Telnet ports opened (a default configuration for many IoT gadgets). In a couple of not very complicated steps, the crooks managed to compromise a vast number of internet-connected devices and formed the Mirai botnet. Mirai was later used for launching several record-breaking DDoS attacks, and at one point, it even knocked offline large parts of the internet for users on the East Coast of the US.

This is just one example that shows how horrific the state of IoT security is. The problem is twofold. On the one hand, you have manufacturers that don't seem to pay any attention at all. Despite the experts' warnings, smart contraptions continue to be shipped with gaping security holes in them. Even the politicians have acknowledged the issue. The State of California recently passed a law banning default passwords in connected devices which goes to show that lawmakers are trying to do something about it. The experts reckon, however, that this probably won't be enough.

On the other hand, you've got the users. The Internet of Things is still a relatively new concept to them, and they are not completely aware of the dangers it faces. This means that they don't put nearly enough effort into securing their smart devices, and they aren't pressuring vendors to properly configure the pricey gadgets.

Because of the countless security issues, many people say that we should stop trying to put new "things" on the internet, but we, for one, are not sure if this is such a good piece of advice. While we have seen our fair share of cloud-connected gadgets that don't seem to serve a particularly useful purpose, some of the innovations can really improve the quality of our lives. What we can all agree, however, is that a secure, dumb device is better than a vulnerable, smart one. 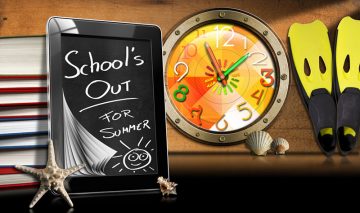 As millions of school kids prepare to spend the next few months at home and out of school, millions of parents should be preparing the technology in their homes for more kid screen time. According to a National Trust... Read more 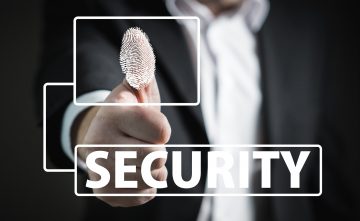 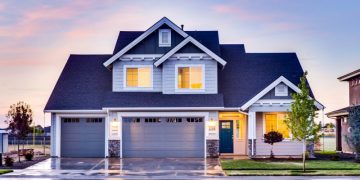