What Size Flash Drive Do You Need to Backup Your Computer?

USB Flash drives are a type of portable Solid-State Drive (SSD) that has grown in popularity wildly in the last few years. They are readily available, easy to use, and extremely convenient for transporting and storage of information. While the technology behind them is far-removed from the floppy disks of old, they seem to perform a similar role, albeit much better, much more reliably and are overall much more useful.

Since any device with a USB port recognizes USB flash drives as a viable hard drive, backup software and advanced systems can usually be set up to use them for performing an incremental or differential backup.

Additionally, some high-end flash drives may be set up with encryption, so that any data found on the device is completely useless without the proper encryption key. While this may seem like an extra hoop that the user will have to jump through every time they wish to access their flash drive, this may be warranted if you plan on using the drive to store sensitive information.

This may make a flash drive seem like an ideal medium for storing data. However, the limitations of the technology on which USB Flash drives are based makes backing up your computer on them a less than ideal option.

Flash drives are excellent when you want to share a large collection of photos, and you don’t want to bother with uploading said collection to the cloud. They can also be extremely useful as a bootable drive from which you may install an OS to a PC that really needs it. Storing documents on one ensures that you have access to said documents no matter what device you use to access said documents. And, to be honest, you’ll be really grateful for that backup flash drive when it turns out that the MS Power Point presentation that you really need wasn’t properly downloaded on the PC that’s hooked up to the projector.

Flash drives are extremely useful in such cases. But for backing up the entire content of your PC? Maybe not so much. And there are multiple factors that make them sub-optimal for this purpose.

Firstly, there is their cost. Small flash drives used to cost more than they do now – a couple of years ago, when the technology wasn’t nearly so polished, even a 1GB flash drive could cost a hefty sum. Currently, a flash drive with a size of less than 4GB can be bought dirt-cheap. However, you can’t back up your entire PC on a 4GB flash drive. A 256GB one will probably barely suffice, and those are really expensive, at the time of writing. And, truth be told – there’s a reason for them being expensive. They’re practically a miniaturized portable SSD – and while SSDs are getting cheaper by the month, you’re paying a premium for the “miniaturized” part of the whole thing.

Additionally, flash drives aren’t very durable. As an SSD, they have a shorter MTBF (Mean Time Before Failure) than actual hard drives. So if you use them regularly as backup and overwrite the information on a flash drive as a matter of course, they’re more likely to give out – even if they’re the expensive, high-end type.

Additionally, unless the device you plug the flash drive into has a USB3 port, flash drives can be really slow. This may not be a problem if you’re making small alterations on a couple of files, or if you’re backing up relatively small amounts of data, but if you’re planning on copying the content of a larger flash drive onto a device, and it turns out that said device is not set up with a USB3 port, you may be in for quite a bit of a wait.

Technically, you CAN use a USB Flash drive as a backup plan for your entire computer. In this case, the flash drive should be large enough to contain all the data stored on said computer.

However, doing so is generally sub-optimal. Flash drives are optimized for storing individual files or collections of files, and that’s what they do best. If you want to back up your computer on an external device, a portable hard disk drive may be a better, more useful and more affordable option for you.

How to Backup Your Computer Before Performing a Factory Windows Reset

There is a multitude of ways in which a user's important files can be lost wholesale - from accidents, power surges, regular hardware failure, software issues to malware. Such unfortunate events can damage your PC,... Read more 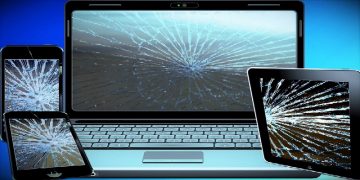 Why It's Important to Make a Backup for Your Computer

Nowadays, few would deny that IT has brought immense changes to the way we live our lives – and, frankly, those that would, would be lying. Information is important in almost everyone’s day to day existence – and... Read more

February 26, 2019
Your comment is awaiting moderation.
Please verify that you are not a robot.