Directed denial of Service, or simply "DDoS" attacks, are designed to take down a platform or web page and interrupt the service it provides. This temporary loss of service is caused by overloading a single website with an enormous amount of data from multiple computers or other devices until the server of the website can't handle the raw amount of data and goes down.

The web page's servers become overburdened when they receive too many requests because they just don't have enough resources to deal with the number of requests, which causes them to overload and shut down. The servers are not permanently disabled, they'll return to normal when the DDoS attack has been stopped either by the hackers or the website itself by blocking it.

The most advanced DDoS attacks use botnets, which are networks of enslaved computers made up of many malware-infected machines that are under the control of hackers who operate them remotely. They are made up of hundreds or thousands of computers, which means there is no single source for the DDoS attack. This makes botnets highly useful when committing a distributed denial of service attack.

In most cases, the computer's owner doesn't even know their machine is part of a botnet. Usually, there be some signs like the computer running remarkably slower than normal, or it operates oddly, it displays error messages, or its fan begins to run while the computer is inactive.

How to defend against DDoS attacks?

There are a few ways to go about this. Different companies and organizations take different approaches to network design and strategies to defend themselves against DDoS attacks. Despite that, hackers are relentless and continue to invent new techniques that put the defense systems of big websites to the test.

If you wish to make sure your computer stays clean and never gets enslaved into a botnet follow the tips below: 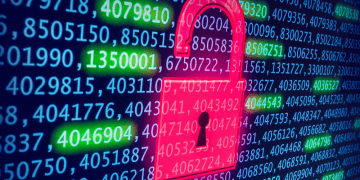 Security breaches within data management systems are a lot more common than we would like to think. We have already discussed several important security breaches topics throughout this year, including the Pentagon... Read more