What Is Blockchain's Impact in Securing Our Data and Cyber Security 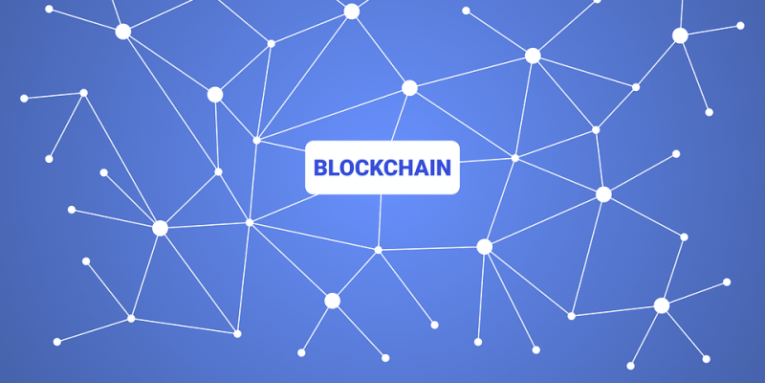 It is becoming more and more difficult to navigate the online world safely due to the constantly growing sophistication of hacking tools and cyber attacks in general. Judging from data breaches and attacks Internet users, organizations, and even governments have been shaken by in recent years, cybercriminals are no doubt getting better at hacking with every year. Luckily, cybersecurity specialists do not close their eyes to hacker attacks as well. They spend a great amount of time analyzing cyber attacks to understand hacking tactics better and then develop new techniques to combat them. As a consequence, methods used to fight against cyber attacks are improving fast as well.

In fact, we already have an almost unhackable technology called Blockchain that might be an answer to all cybersecurity-related issues. According to specialists, it is only a question of time before Blockchain data security methods become widespread, though it would be a lie if we told you that it is not used at present at all. The extensive application of Blockchain to data security will no doubt suppress cyber attacks and improve our virtual security.

A short introduction to Blockchain

There has been a lot of hype around the Blockchain technology in recent years, but the concept still remains a mystery to some, so let's start from the beginning. Blockchain, the distributed ledger technology, as specialists call it, originally came out as a method to store/send the first cryptocurrency called Bitcoin in 2009. The cryptocurrency exploded in popularity in the following years, but it is the Blockchain technology we have to be thankful for since it was the driving force behind Bitcoin. In a general sense, a blockchain can be described as a growing list of records that are called blocks. These blocks are connected using cryptography, and each of them contains a cryptographic hash of a previous block, a timestamp, and transaction data.

The Blockchain technology had been rising in popularity from the moment it was first introduced to the world until it eventually became used in numerous industries. At present, it is widely used in fintech, transportation, and communication sectors. Additionally, this technology can be used to increase cybersecurity. Specialists can apply Blockchain to data security and use it to mitigate potential cybersecurity-related problems. The technology certainly has the potential to improve security and reduce costs, so it is not likely at all that the growth of the Blockchain technology is going to decline soon. According to a report issued by Transparency Market Research, the value of the Blockchain market is projected to reach 20 billion US dollars by the end of 2024.

Blockchain technology is one of the best tools to protect data from hackers and prevent potential fraud, specialists say. If all ordinary computer users, companies, and other organizations applied Blockchain data security methods to secure private information, the risk of data being stolen or compromised would decrease considerably. From a more technical perspective, Blockchain ensures verifiable data integrity and makes it impossible for unauthorized parties to access it. This is particularly useful for ensuring the safety of private messages and preventing man-in-the-middle cyber attacks. Ensuring that data is safe, private, and authentic is what businesses are focusing on at present.

The Blockchain technology can be useful in suppressing data tampering as well, which is one of the biggest business challenges of today. To destroy or modify a blockchain, a hacker would have to destroy data stored on all other computers in the network. Unlike ordinary networks, the Blockchain technology is decentralized in nature. The network may consist of millions of computers, which makes a cyber attack almost impossible. As can be seen, a blockchain is one of the most secure forms of storing and sharing information. A bunch of companies these days focus on data today, i.e., they are data-centric, so it is expected that more and more businesses would rely on Blockchain data security methods to secure private information.

Blockchain can be used to enhance Public Key Infrastructure

You already know about the applicability of Blockchain to data security, but private data is not the only asset whose security can be improved using the Blockchain technology. It can help to improve the security of emails, messaging applications, and websites that rely on Public Key Infrastructure (PKI) for security but employ certificate authorities (CA) to distribute, store, and remove keys. Unfortunately, CA is not immune to cyber attacks. Luckily, there comes the Blockchain technology that can considerably improve security once applied. It might be a good idea to publish these keys using Blockchain instead of using CA in order to protect them against spoofing attacks. Another secure solution would be to remove CA and distribute keys with Blockchain verification.

DDoS attacks focus on the myriad of requests sent to a particular website with the sole purpose of putting it down. This type of attack is performed quite commonly by cybercriminals, and, as previous events show, they affect bigger companies, including Twitter and Spotify as well. The difficulty to prevent DDoS attacks comes from the use of the Domain Name System (DNS), which is only partially decentralized and thus prone to hacking. Hackers target the centralized part of the DNS and successfully perform attacks against websites. This is not going to change unless Blockchain is applied to fully decentralize DNS. In fact, some companies are already using the technology to protect their websites. What would happen if the current DNS relied on Blockchain? Users could still register their domain names, but only authorized people could apply changes to their domains.

The popularity of IoT devices is growing at a fast pace. According to specialists, a number of Internet-enabled devices will possibly exceed 20 billion in 2020. While a noticeable increase in connected devices can be noticed, the security of IoT is still stagnating. For the time being, IoT platforms are controlled by central hubs that communicate with cloud servers, which makes them extremely easy to hack. In other words, their ecosystems rely on centralized models. The Blockchain technology can help to ensure decentralization and thus eliminate the so-called single points of failure. Also, it would enable devices to register and validate themselves against network avoiding “a middle man” that may be intercepted. Finally, the application of Blockchain to data obtained from users would improve consumer data privacy to a great extent.

Hackers develop their skills as technology develops and more and more data is used. It is suspected that data will continue to be one of the most desirable cybercriminals' assets in the future as well, so we have to be prepared to repel sophisticated cyber attacks. Blockchain can no doubt be useful in the fight against hacks. The application of Blockchain data security methods considerably reduces the likelihood of the emergence of cybersecurity-related problems. Companies, individuals, and specialists have already discovered its benefits, and it is very likely that it will become even more widespread than it is today in the near future.