An informative new study that surveyed 15 thousand consumers across a whopping 23 countries recently found that a bit more than half of internet users have no clue how to check if their passwords have been hacked, leaked as a result of a data breach, or compromised in another manner.

This is a big deal since reports show that in 2019, a third of internet users claim to have faced instances of their private information being accessed by unauthorized persons, hackers, or other undesirables. As a follow-up, about a third of the cases where information was accessed without its rightful owner’s consent, said information was used or shared in a way that’s detrimental to its owner. Many account breaches and personal information leaks result in tangible financial losses, not to mention the emotional distress and various other consequences that the victims suffer.

About a third of users that have suffered such an incident also report that, as a result, someone was able to access their personal devices without their permission.

So, to recap – 34% of users’ data has been breached, 27% of those had their data leaked online, and of those – 35% had their devices tampered with in some way as a result of that. This statistic puts the rate of malicious infiltration as a result of breached credentials at about 3%.

This number may not seem so bad until you take into account some additional factors. In spite of legislative efforts in the US and GDPR in the EU, most data breaches are rarely reported adequately. What complicates matters even further is the fact that a substantial chunk of the user base doesn’t seem to be aware that this is a threat, and what they could or should do about it.

Studies confirmed that nearly half of internet users have never checked if their passwords have been stolen or leaked – either because the thought hadn’t occurred to them, or because they couldn’t be bothered to do so. When surveyed, more than half didn’t know how they could even do that.

So, to do another recap – the majority of people using the Internet are unaware of a very real threat to their security. Said threat ends up victimizing about 3% of the population severely, with malicious actors getting into their private devices.

To make matters worse, since the pandemic hit, home office has been even more popular than ever, with 80% of respondents in the study testifying to the routine use of their home computers for work-related purposes. This opens additional doors for malicious actors.

People need to be made aware that these things happen, they happen with surprising regularity, and that they can be a real problem. In the majority of cases, users can’t actively do anything to prevent their data from being leaked by a company. However, there are steps they can take to prevent and combat the probability of that coming back to bite them. 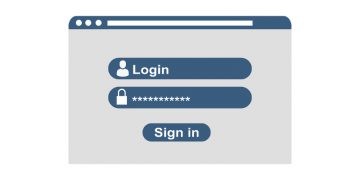 Starting a new social network that aims to compete with Facebook is not difficult at all. All you need is a firm conviction that you are cleverer than Mark Zuckerberg and some cash in your pocket. In simple terms, the... Read more 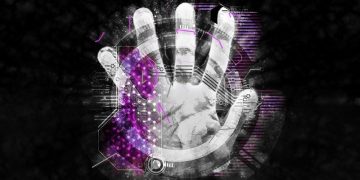 Unfortunately, 2018 revealed that many companies are not prepared for cyber-attacks and cannot protect our personal information as a lot of massive data breaches that exposed data belonging to millions of users around... Read more