Wise XMRig is the name of a malicious tool of the Trojan horse variety. The way Trojan horses work is by quietly infiltrating the victim's system and then allowing the Trojan author nearly unlimited access to the host machine.

This is perfect for the purposes of the Wise XMRig, which is a tool that exploits the victim system's CPU and graphics card power and performance to "mine" cryptocurrency for the operator of the malware.

Cryptominers similar to Wise XMRig try to make their way on the victim system as quietly as possible. Once the malware has been installed, it ensures persistence, meaning it can always launch on system boot and always run when your system is running.

Once the miner has done this, it starts putting strain on your hardware, both CPU and GPU, and illegally exploiting your hardware to make the malware's author richer. The victim system hardware is made to run complex calculations related to mining cryptocurrency. Those calculations put significant strain on the system.

If you have a miner similar to Wise XMRig you may find that even your browser and streaming videos stutter occasionally. If you attempt to play any games, you will likely find a very serious drop in performance as well, to the point where games that are more demanding on the hardware might not run at all or crash.

You can use the Windows Task Manager application to monitor your hardware load. If you have nothing open and your system is simply idling on the desktop, and yet you see significant usage of both CPU and GPU, this is an almost certain sign that you have some sort of cryptominer malware on your system, similar to Wise XMRig.

Using a reliable anti-malware tool is a good way to remove cryptominer malware such as Wise XMRig and also to stop malware from installing on your system in the first place. 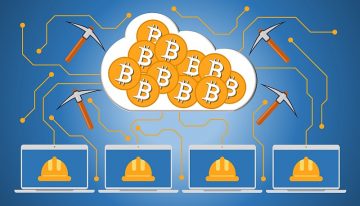 Lemon Duck - Another Look at the Stubborn Cryptominer Malware

Lemon Duck is a cryptomining malware that has been around for a couple of years now. It was first spotted by security researchers in the summer of 2019, just over two years ago, and has since been used in several... Read more