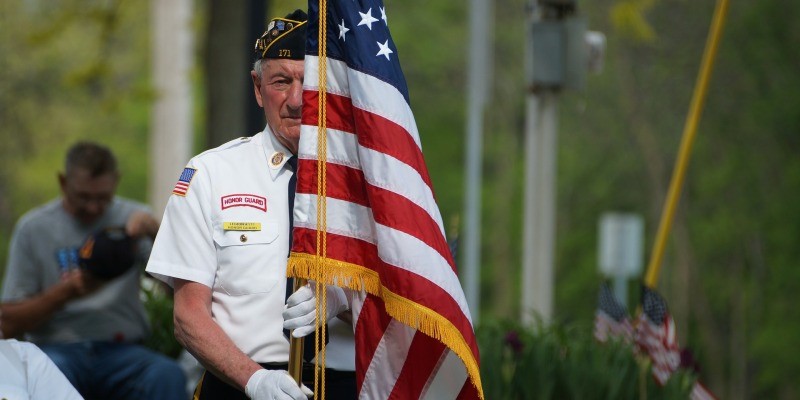 When it comes to fraudsters, they feel no shame as they prey on the most vulnerable people like military veterans who, for example, might require money or might be unable to say no to other soldiers in need. According to the Comparitech.com report, over 60 percent of victims in military scams that took place between 2012 and 2020 were veterans, and 55 percent of the money lost to such scams belonged to them. In this blog post, we discuss the types of financial scams that military veterans, as well as soldiers who are still in service, fall for the most. Thus, whether you are curious yourself about how someone could try to lure money or sensitive information from you or know any military people and veterans at risk of being scammed, we encourage you to read our full report.

As said in the beginning, specialists from Comparitech.com concluded that most of the military victims of financial scams since 2012 were veterans. The rest of the victims were employees of military institutions. Also, it was revealed that the most reported scams were employment, identify theft, impostor, advanced payment for credit services, and banks and lenders scams. However, the top five financial scams that cost the most were the following: banks and lenders, impostor, benefits, debt collection, and prizes, sweepstakes and lotteries scams. All of these scams belong to the most common types of financial fraud that are discussed below.

What are the most common financial scam types?

During such scams, attackers can pretend to be victim’s romantic partners, authority figures, for example, from the Department of Defense or Veterans Affairs, or members of fictitious charity organizations for people in service or veterans. Criminals pretending to be romantic partners or authority figures can use their status to get information on the targeted person or get money in their name. As for bogus charity organizations, they may be advertised in military newspapers and sources alike to make them look legit. One of the victims of a charity scam was tricked into donating to a fictitious organization for two years in a row, which shows that some of these scams can go on for years before they get exposed.

Some may imagine that scammers target only old persons who might be easy to trick, but they also prey on working-age veterans who could be looking for employment after their military career is over. Specialists say that attackers often contact such people and offer job opportunities that would allow them to work from home. Before doing it, they may obtain information about targeted victims’ military careers to make it seem as if they were selected because of their particular skills or achievements. Plus, interested veterans might be asked to participate in online interviews, for example, over Skype. If a person says yes to the fake proposal, he might be asked to pay for the equipment that is necessary for the offered job. The phony employer sends a fake check to cover the victim’s costs, but, of course, it bounces, and so victims lose their money.

Victims of such scams are often offered something of great value and asked to pay a small fee to receive it. Probably, the most known example of an advance fee scam is the Nigerian prince scam. Victims of it receive messages from scammers claiming to be Nigerian princes or politicians. They should also claim to have a tremendous amount of money that they cannot access without help from their contacted users. As you can imagine, such scammers ask for small amounts of money and promise to reward those who help them with much more money once they get access to their savings, but, of course, it never happens.

In most cases, victims of such scams get lured in with promises of safe investment opportunities, extremely favorable interest rates when getting a loan, or looking for refinancing. Fraudsters behind such scams may not only require various fees but also ask for sensitive information, for example, social security numbers. Therefore, veterans who fall for such scams might also become victims of Identity theft, which is another type of fraud that we discuss in the paragraph available below.

Such scams are a bit different from the ones we talked so far because criminals behind them usually try to convince their victims to give up their sensitive information instead of trying to lure their money. If enough data is gathered, scammers can sell it, misuse it, for example, to access victims' accounts, or use it impersonate the person whose identity they have stolen. In the case of veterans, attackers often try to take advantage of the benefits that they get or commit tax fraud in their name. Also, criminals do not necessarily need to impersonate veterans. Instead, they can pretend to be family members of deceased veterans to collect their retirement benefits and pensions.

How can veterans or people still in service protect themselves against scammers?

Knowing that lots of fraudsters target the military sector, both military personnel and soldiers in service/veterans at risk of being scammed should learn about financial scams and other types of fraud. First, it is vital to always keep in mind that if you are offered a deal that sounds too good to be true, you should get more information on the potential scammer or fraudulent organization. For instance, getting something of significant value in exchange for what might seem like a small fee in comparison to what you will get should always raise suspicion.

Furthermore, you should never give out your sensitive data, such as your social security number, except in rare cases when it is necessary, for example, when you are seeking employment or taking out a loan. Even if it is one of the situations where you have to provide your sensitive information, you should first make sure that people requiring it are not fraudsters. Naturally, if you are a part of military personnel, you should never give out anyone’s details like information about their career or family members that could allow scammers to come up with targeted attacks. Any person requiring such information should be checked to see if he is not an imposter.

To conclude, we believe that the lack of information about financial scams and safety measures that could prevent them might be the two principal causes of why veterans are at risk of being scammed. Also, research shows that many victims of scams feel ashamed, which prevents them from reporting cases of fraud to authorities and making them known. Therefore, we advise our readers to keep learning about financial scams and spreading awareness among people around them. Also, we encourage you not to feel scared to report fraud not only if you get scammed yourself but also if you identify fraudsters. Lastly, we wish to remind that victims of military scams can get help online without leaving the comfort of their homes. 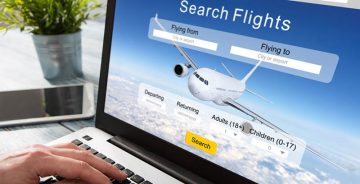 How to Prevent Online Travel Scams When Booking a Trip

Is there anything worse than going on holiday and finding out that that the company you signed up with was a fraud and that you just got robbed of not just your money but of all the fun and joy were hyping yourself up... Read more